Romain Hayes is a freelance writer; this is his first book. 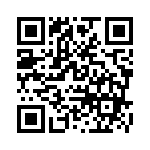