Joyce Appleby is Professor of History at the University of California, Los Angeles. She is the author of "Economic Thought and Ideology in Seventeenth-Century England" which was awarded the 1979 Berkshire book prize. 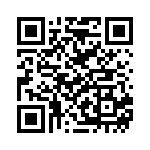