Theodore Wilbur Anderson was born in Minneapolis, Minnesota on June 5, 1918. He received a bachelor's degree in mathematics from Northwestern University and a master's degree and a Ph.D. in mathematics from Princeton University. During World War II, he did war research work on long-range weather forecasting, gunfire strategies for battleships, and explosives testing at Princeton University. He was a statistician who helped pave the way for modern econometrics and data analysis. He wrote several books including An Introduction to Multivariate Statistical Analysis and The Statistical Analysis of Time Series. He died from heart failure on September 17, 2016 at the age of 98. 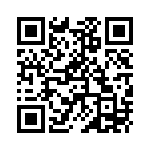