This is one of Hawthorne's best. Hester Prynne and Reverend Dimsdale are characters that are relatable and human. Read full review

Nathaniel Hawthorne was one of the most influential and famous writers of the romantic era in America. He was born in Salem, Massachusetts, on July 4th, 1809. Influenced heavily by the notions of dark romanticism, his stories rely on themes of guilt, sin, and the qualities that define human nature—the large part of his focus being on the psychological aspect of his characters. Hawthorne’s friend, an American publisher named James Thomas Fields, convinced him that “The Scarlet Letter”—which was originally planned to be a novelette—should be a full-length novel. Ticknor & Fields soon afterwards published the work. It instantly became a bestseller, regarded as a quintessential member of the literary canon. However, Hawthorne’s physical and mental health rapidly declined as he aged, some sources even indicating a psychological regression. Months before he passed, Hawthorne refused to seek treatment and died in his sleep from stomach complications on May 19th, 1864. 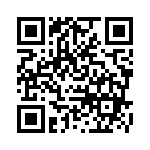