Valery Rees, MA (Cantab) has been a member of the translation team working on Ficino's Letters at the School of Economic Science, London since 1975 and is currently researching Ficino's relationship with the court of Matthias Corvinus, King of Hungary. 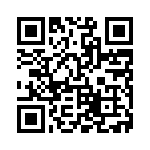