Major (Retired) Harold A. Skaarup served with the Canadian Forces as an Army Intelligence Officer, retiring in August 2011. During his 40 years of service, he was a member of the Canadian Airborne Regiment and served three tours with the Canadian Forces Parachute Demonstration Team “The Skyhawks”. He served overseas as an Intelligence Officer with HQ CFE and 4 CMBG in Lahr, Germany and with NORAD in Colorado Springs. He has been on operational deployments with the UN in Nicosia, Cyprus, with SFOR in Sarajevo, Bosnia-Herzegovina, and with ISAF’s KMNB in Kabul, Afghanistan. He served as an instructor at the Combat Training Centre, CFB Gagetown, New Brunswick and at the Intelligence Training Schools at CFB Borden and CFB Kingston, Ontario. He earned his Master’s degree in War Studies through the Royal Military College, and has authored a number of books on military history. 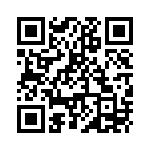