BRINGING DOWN THE HOUSE: The Inside Story of Six M.I.T. Students Who Took Vegas for Millions

Thriller author Mezrich (Reaper, 1998, etc.) depicts a team of card-counting MIT students who live the Vegas high life for a while before getting caught and barred from all casinos everywhere ... Read full review

Enjoyed reading this book & learned some of the basic principles of playing. Read full review 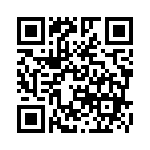