Never read it before I assigned it to A for Lit class. Definitely something to keep around. This edition is a little hard to read because of poor editing - paragraphs lasting for pages & some sentences over a page long! Read full review

Historically important to be sure, but stylistically terribly monotonous. In some ways comparable to Swift, but Gulliver’s Travels is a much more entertaining read. More was an important thinker but unfortunately not a great writer. Read full review 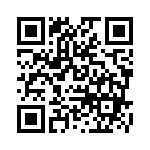