This is the first of the Lord Peter Wimsey mysteries. Lord Peter is a moneyed gentleman about town who enjoys dabbling in mysteries but also occasionally suffers bouts of ‘nerve exhaustion’ from ... Read full review

An above-average mystery set in post WWI England, with Lord Peter Wimsey playing amateur sleuth. The mystery is interesting, but the interplay of Wimsey and other characters like his valet Bunter are what makes this more than just another murder whodunit. Read full review

Dorothy Sayers's impressive reputation as a contemporary master of the classic detective story is eclipsed only by Agatha Christie's. Sayers was born in Oxford and attended Somerville College, where she received a B.A. in 1915 and an M.A. in 1920. During that period, Sayers worked as an instructor of modern languages at Hull High School for Girls in Yorkshire and as a reader for a publisher in Oxford. Her early literary work was in poetry; she published several volumes and served as an editor for the journal Oxford Poetry from 1917 to 1919. Sayers also worked as a copywriter for a major advertising firm in London. She was president of the Modern Language Association from 1939 to 1945 and of the Detection Club in the 1950s. Around 1920 Sayers developed the idea for her detective hero Lord Peter Wimsey, and she soon published her first mystery, Whose Body? (1923), in which Lord Peter is introduced. For the next dozen or so years, Sayers wrote prolifically about Wimsey, creating in the process what many critics of the genre consider to be the finest detective novels in the English language. Perhaps her most famous Wimsey mystery was The Nine Tailors (1934). Although Sayers essentially followed the classic form in her detective fiction---a formula in which the plot assumes a greater importance than do the characters---Sayers maintained that a detective hero's greatness depended on how effectively the character was portrayed. All but one of Sayers's mysteries feature Lord Peter Wimsey. By the late 1930s, Sayers had apparently tired of writing detective fiction. She stated in 1947 that she would write no more mysteries, that she wrote detective fiction only when she was young and in need of money. Thus saying, Sayers turned her attention to her early loves, medieval and religious literature, spending her remaining years lecturing on and translating Dante (see Vol. 2). 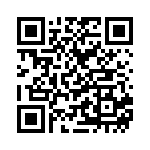