Being born and raised in Kansas, it is perhaps no surprise that I've always thought the struggle for Kansas's status as a free or slave state was a significant part of what brought about the Civil War ... Read full review

I read this very fine book written by David Reynolds. I won't repeat what others have said in an effort to tell the story. Instead, I prefer to share my reactions. About John Brown, the author penned ... Read full review

David S. Reynolds is Distinguished Professor of English and American Studies at the Graduate Center and Baruch College of the City University of New York. He received his B.A. from Amherst College and his Ph.D. from the University of California, Berkeley. He has taught at Rutgers University, New York University, Barnard College, and Northwestern University. His Walt Whitman's America won the Bancroft Prize, the Ambassador Book Award, and was a finalist for the National Book Critics Circle Award. Beneath the American Renaissance won Phi Beta Kappa's Christian Gauss. 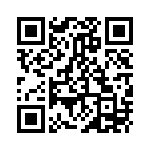