Tennessee Williams (1911–1983) was America’s most influential playwright. Readers have devoured his poetry, essays, short stories, and letters, as well as his fantastic late plays, his remarkable corpus of one-acts, and his greatest plays—The Glass Menagerie, A Streetcar Named Desire, Cat on a Hot Tin Roof, The Night of the Iguana, The Rose Tattoo, Suddenly Last Summer, and Camino Real. Williams is a cornerstone of New Directions—we publish everything he wrote. He is also our single bestselling author.

Dan Isaac is a theater director and scholar. 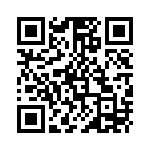