Herbert Ingram Priestley was Professor of Mexican History and Librarian of the Bancroft Library at the University of California in Berkeley when The Luna Papers: Volumbes 1 & 2 were originally published in 1928.

John W. Worth is Assistant Professor of Anthropology, University of West Florida. 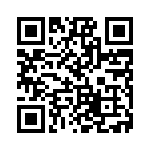