THE ORDER OF TERROR: The Concentration Camp

Sociology from hell: a thorough study of the harrowing dynamics of terror, violence, and absolute power in the Nazi concentration camps. Sofsky's (Sociology/Univ. of Gottingen) impeccably researched ... Read full review

The order of terror: the concentration camp

This work, a prize winner when published in Germany in 1993, is derived from the author's postdoctoral thesis. In it Sofsky (sociology, Univ. of Gottingen) utilizes a wide range of both primary and ... Read full review

Wolfgang Sofsky is an Associate Professor of Sociology at the University of Göttingen. The Order of Terror was awarded the prestigious 1993 Geschwister-Scholl Prize. The book has also been published in France and Italy. Sofsky is the author of four other books in German about power, organization, and the anthropology of violence. William Templer is a widely published translator of German and Hebrew and teaches on the staff of Preslavsky University, Shumen, Bulgaria. 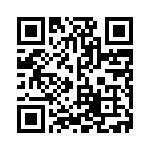