This book helped me hate Andy Warhol just a little less, because it is clear he was not responsible for the denigration and demise of Edie Sedgwick. Edie was going to end up dead of an overdose or a ... Read full review

In this tragic and transfixing book presented as a series of transcribed interviews with those that knew her and in imitation of Warhol's verite cinamatic style we slowly discover an emotionaly ... Read full review

Jean Stein (Author) Jean Stein's father, Jules, founded MCA and she grew up in the golden years of Hollywood. At Jean's coming-out party, Judy Garland sang 'Over the Rainbow'; later she had an affair with William Faulkner, became an editor at The Paris Review, and was Elia Kazan's assistant on Cat on a Hot Tin Roof. Immersed in the demi-monde of New York, she was close to Andy Warhol and the Velvet Underground, and to Warhol's muse - Edie Sedgewick - about whom Lou Reed wrote 'Femme Fatale' and Jean Stein wrote Edie (1982). That book became an international best-seller, of which Norman Mailer wrote- 'This is the book of the Sixties that we have been waiting for.'George Plimpton (Author) George Plimpton (1927-2003) was the bestselling author and editor of nearly thirty books, as well as the cofounder, publisher, and editor of the Paris Review. He wrote regularly for such magazines as Sports Illustrated and Esquire, and he appeared numerous times in films and on television.Ottessa Moshfegh (Introducer) Ottessa Moshfegh has written four previous books- McGlue (2014); Eileen, which was awarded the 2016 PEN/Hemingway Award and shortlisted for the Man Booker Prize; Homesick for Another World (2017); and My Year of Rest and Relaxation (2018), which was shortlisted for the Wellcome Book Prize. 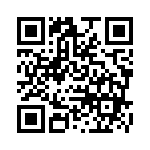