William Shakespeare was an English poet and playwright of the 16th and 17th centuries, now widely regarded as the greatest writer in the English language and the word's pre-eminent dramatist. 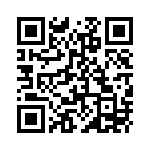