http://www.themaineedge.com/style/soc... One of the things that first drew me into sports fandom was the prevalence of numbers. Professional sports count a lot of things; as a kid with a proclivity ... Read full review

David Sumpter is Professor of Applied Mathematics at the University of Uppsala, Sweden. Born in London but raised in Scotland, he completed his doctorate in Mathematics at Manchester, and was a Royal Society Research Fellow in Oxford before heading to Sweden.

David's research has shown how mathemtiacs can be applied ot anything and everything, and in particular to social behaviour. An incomplete list of his research projects includes: pigeons flying in pairs over Oxford; clapping undergraduate students in the north of England; swarms of locusts traveling across the Sahara; disease spread in remote Ugandan villages; the gaze of London commuters; and the tubular structures built by Japanese amoebae.

In his spare time, he exploits his mathematical expertise in training a successful under-tens football team, Uppsala IF P05. David is a Liverpool supporter with a lifelong affection for Dunfermline Athletic. 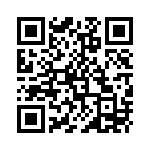