W. I. Thomas, an American sociologist, received his Ph.D. from the University of Chicago after studying at the universities of Berlin and Gottingen. He published several important books on a variety of subjects, but he probably would not have become famous had he not written The Polish Peasant in Europe and America (1984), a study of the Americanization of Polish immigrants to the United States at the turn of the century. Coauthored with Florian Znaniecki, a Polish sociologist who helped him interpret Polish culture, this massive two-volume work became a classic example of how such personal documents as letters and diaries can be combined with interviews to study social change. Ten years after its publication, in a journal article, Thomas used the phrase "If men define situations as real they are real in their consequences"---a phrase extensively quoted to this day in order stress the importance of perception over reality in people's lives. 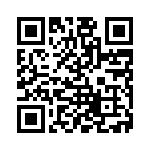