Pedro Meyer's photographs can be found in the permanent collections of museums around the world, including the San Francisco Museum of Modern Art, the International Center of Photography in New York, and the Victoria and Albert Museum in London. Jean-Paul Sartre (1905–80) was a novelist, playwright, and biographer, and he is widely considered one of the greatest philosophers of the twentieth century. Chris Turner is a writer and translator who lives in Birmingham, England. 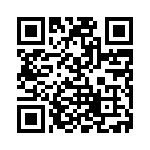