The book consists of a series of short descriptions of a number of patients with neurological problems, from omissions, excesses, and other aberrations. They are portrayed with compassion and an appreciation for their mechanisms for coping. Read full review

I've been curious about this book for decades, as it was referenced more than once during psych classes I took during college. It's a short, thoughtful read of about 240 pages, discussing different ... Read full review

Oliver Sacks was born in 1933 in London and was educated at Queen's College, Oxford. He completed his medical training at San Francisco's Mount Zion Hospital and at UCLA before moving to New York.Familiar to the readers of The New Yorker and The New York Review of Books, Dr. Sacks spent more than fifty years working as a neurologist and wrote many books, including The Man Who Mistook His Wife for a Hat, Musicophilia, and Hallucinations, about the strange neurological predicaments and conditions of his patients. The New York Times referred to him as "the poet laureate of medicine," and over the years he received many awards, including honors from the Guggenheim Foundation, the National Science Foundation, the American Academy of Arts and Letters, The American Academy of Arts and Sciences, and the Royal College of Physicians. His memoir On the Move was published shortly before his death in August 2015. 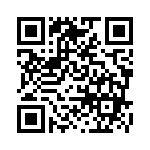