79 pages matching horses in this book

The dawn of the 15th century presaged one of the epic battles in central Europe. The Order of Teutonic Knights ruled Prussia with an iron fist and plundered its neighbors. The Polish-Lithuanian ... Read full review

I read it years ago, and liked it then. I don't know if I still would.. Read full review

Far more celebrated than any of his positivist contemporaries, Henryk Sienkiewicz began as a journalist and achieved considerable renown with his account of a two-year journey to the United States. Between 1882 and 1888 he wrote three historical novels dealing with political and military events in seventeenth-century Poland: With Fire and Sword, The Deluge (1886), and Fire in the Steppe (1888, also translated as Pan Michael). Although superficial in its analysis of historical events, the trilogy gained enormous popularity both in Poland and in other Slavic countries thanks to Sienkiewicz's masterful use of epic techniques and of the seventeenth-century colloquial idiom. Even more popular, if artistically far weaker, was his Quo Vadis? (1896), a novel about Rome in the age of Nero (Sienkiewicz's fame in the West is chiefly based on this work). Another historical novel, The Teutonic Knights (1900), deals with the fifteenth-century struggle between Poland-Lithuania and the Teutonic Order. Henryk Sienkiewicz was awarded The Nobel prize in Literature for 1905 "because of his outstanding merits as an epic writer". 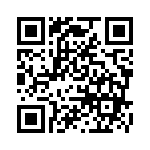