PETER MONTEATH is a lecturer in modern European history at the Flinders University of South Australia. Dr. Monteath has published extensively on the literature of the Spanish Civil War. 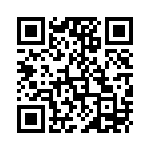