MASTERS OF BEDLAM: The Transformation of the Mad-Doctoring Trade

A terse traipse through Foucault terrain that explores the careers of several Victorians who made a living out of the ``lunacy trade.'' According to sociologist Scull (Univ. of Calif., San Diego) and ... Read full review

Masters of Bedlam: the transformation of the mad-doctoring trade

Nicholas Hervey is Principal Care Manager for Mental Health Services for the London Borough of Southwark. 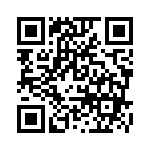