G. Gregory Haff, PhD, CSCS*D, FNSCA, ASCC, is a senior lecturer of strength and conditioning at Edith Cowan University in Perth, Australia. Haff has published more than 50 articles, centering his research on performance effects in the areas of strength training, cycling, and nutritional supplementation.

A competitive weightlifter at the national level for 14 years, Haff continues to enjoy weightlifting in his free time as well as cycling and cooking. Haff resides in Joondalup, Western Australia, with his wife, Erin.

Charles Dumke, PhD, is a professor in the department of health and human performance at the University of Montana, where he teaches undergraduate and graduate courses. He has taught courses in exercise physiology for over 10 years, first at Appalachian State University and then at the University of Montana. He earned his PhD in kinesiology from the University of Wisconsin at Madison, where he also served as a graduate teaching assistant. His areas of interest in exercise science are energy expenditure, fuel utilization, economy of movement, mechanisms of mitochondrial adaptation, and diabetes. He has published more than 50 peer-reviewed articles on these topics.

Dumke is a certified ACSM health/fitness instructor. In 2007, he was made a fellow of the American College of Sports Medicine. He also earned the Dean's Award for Excellence in Graduate Education from Appalachian State University.

In his free time, Dumke enjoys competing in triathlons, biking, and swimming. He resides in Missoula, Montana, with his wife, Shannon. 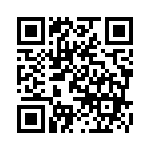