Emma J. Edelstein (1904-1958), a classical scholar, received her doctorate from the University of Heidelberg in 1933. She is the author of Xenophontisches und platonisches bild des Sokrates. Ludwig Edelstein (1902-1965), professor of classics, philosophy, and the history of medicine, taught at the Johns Hopkins University, the University of Washington, the University of California, and the Rockefeller Institute (later Rockefeller University). He is the author of The Hippocratic Oath: Text, Translation, Interpretation, The Idea of Progress in Classical Antiquity, and The Meaning of Stoicism. Gary Ferngren is professor of history at Oregon State University. 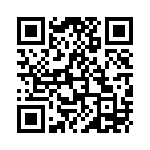