I realize that many consider Reynolds Price to be a good writer. He has wonderful themes, but his style of writing goes nowhere. I felt I was reading a lifeless textbook. The sentences are long and ... Read full review

Boring. One of a handful of books I didn't finish. Read full review

Reynolds Price (February 1, 1933 - January 20, 2011), born Edward Reynolds Price in Macon, North Carolina, was an American poet, novelist, dramatist, essayist and James B. Duke Professor of English at Duke University. After graduating from Duke University in 1955, he won a Rhodes scholarship to study at Oxford University. Despite being living as a paraplegic after receiving radiation treatment for a spinal tumor since the mid-1980s, he produced approximately one book a year. His first novel, A Long and Happy Life (1962) won the William Faulkner Award. His other works include The Names and Faces of Heroes, Clear Pictures: First Loves, First Guides, A Whole New Life, and The Good Priest's Son. Kate Vaiden won the National Books Critics Circle Award. His plays have been produced on stage and on PBS's American Playhouse. He died due to complications of a heart attack on January 20, 2011 at the age of 77. 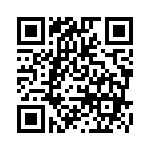