the deal with the pellinor series is that it is a hit or miss. for me i am deeply into the science fiction fantasy books so the series was ofcourse a hit but for those that i know that are mildly ... Read full review

THE SINGING: The Fourth Book of Pellinor

Sonorous motifs and resonant archetypes form the backbone of this series conclusion, which shows Maerad and Hem traveling long distances on foot as they toil toward their cryptic task. Edil-Amarandh's ... Read full review

Alison Croggon is an award-winning poet, playwright, editor, and critic. She lives in Australia 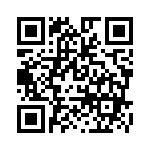