George Michael received his Ph.D. from George Mason University's School of Public Policy. He is an associate professor of criminal justice at Westfield State University in Massachusetts. Previously, he was an associate professor of nuclear counterproliferation and deterrence theory at the Air War College in Montgomery, Alabama. His other books include: The Enemy of My Enemy: The Alarming Convergence of Militant Islam and the Extreme Right, Willis Carto and the American Far Right, and Lone Wolf Terror and the Rise of Leaderless Resistance. In addition, his articles have been published in numerous academic journals. 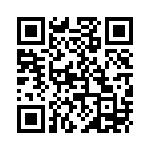