Before the Storm describes the beginnings of the modern Republican/Democratic split. For example in 1960, Vermont went Republican which seems laughably impossible these days. In 1964 it went Democrat ... Read full review

One of the best histories of the American conservative movement. Perlstein does an excellent job of describing the twists and turns that led the Republican party to embrace Goldwater. In his narrative ... Read full review

Rick Perlstein is the bestselling author of The Invisible Bridge: The Fall of Nixon and the Rise of Reagan and Nixonland: The Rise of a President and the Fracturing of America. His reviews, reporting, and essays have appeared in the New York Times, New York Observer, New Republic, Washington Post, London Review of Books, Columbia Journalism Review, the Nation, and the New Yorker. He has received a National Endowment for the Humanities grant for independent scholars. He lives in Chicago. 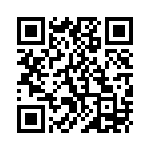