A popular didactic novel of the Reformation period, Grimmelshausen's Simplicissimus (Adventures of a Simpleton) (1669) is largely responsible for establishing the novel as an important genre in German literature. It is an early example of the picaresque genre. The hero of the novel, who shares some of his creator's adventures, is no conventional "fool" reflecting on the follies of mankind, but a real soldier of fortune in the Thirty Years War. The misery he experiences forces him to search for an answer to the riddle of human existence. One of the sequels to Simplicissimus is Landstortzerin Courasche (1669), a bawdy, picaresque tale of a woman camp follower in an ugly world, "a symbol of the age and a lively individual [who] comes out on top in any situation with unimpaired self-assurance if not virtue" (LJ). The False Messiah (1672), in which a thief poses as the Prophet Elijah, "paints an equally grotesque picture of the world" (SR). Drawing a parallel between the devastation experienced in Germany during the Thirty Years War and during World War II, Gunter Grass found the work of Grimmelshausen a great source of inspiration. The combination of earnest moralism and cynicism renders the work of Grimmelshausen relatively modern, and it is open to a very wide range of interpretations. 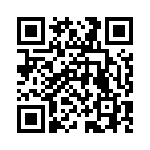