Victor R Preedy is currently Professor of Nutritional Biochemistry in the Department of Nutrition and Dietetics, King's College London and Honorary Professor of Clinical Biochemistry in the Department of Clinical Biochemistry, King's College Hospital. He is also Director of the Genomics Centre, Kings College London. He is presently a member of the School of Medicine, King’s College London. Professor Preedy gained his Ph.D. in 1981 and in 1992 he received his Membership of the Royal College of Pathologists, based on his published works. He was elected a Fellow of the Royal College of Pathologists in 2000. In 1993 he gained a D.Sc. degree for his outstanding contribution to protein metabolism. Professor Preedy was elected as a Fellow to the Royal Society for the Promotion of Health (2004) and The Royal Institute of Public Health (2004). In 2009 he was elected as a Fellow of the Royal Society for Public Health (RSPH). Professor Preedy has written or edited over 550 articles, which includes over 160 peer-reviewed manuscripts based on original research and 85 reviews and 30 books. His interests pertain to matters concerning nutrition and health at the individual and societal levels. 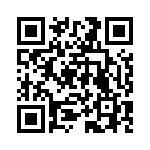