Writer and lecturer Glenn A. Knoblock is also the author of the Arcadia publication Historic Burial Grounds of the New Hampshire Seacoast. He has completed extensive research and given numerous lectures on covered bridges. His knowledge of and fascination with the subject make New Hampshire Covered Bridges a valuable and compelling resource. 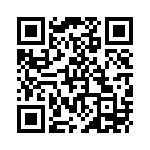