Did you grow up in the 60s fascinated by all things space? So did Jerry Walker. This is his story. Well-written and just detailed enough to keep your attention, this was one enjoyable book. We follow ... Read full review

Jerry Lynn Ross is an Indiana native, a graduate of Purdue University, a retired United States Air Force officer, and a former astronaut who retired from NASA in 2012. Colonel Ross is a veteran of seven US Space Shuttle missions and shares an individual world record for the most spaceflights flown. He is the author of Becoming a Spacewalker: My Journey to the Stars (2014) and The Diaries of Harriet "Hattie" Dillabaugh 1889-1940 (2015).

John Norberg is a writer based in West Lafayette, Indiana. A member of the Indiana Journalism Hall of Fame, Norberg is the author of seven books, including Wings of Their Dreams (2003) about the role of aviation's pioneers and trailblazers in the history of flight and space. 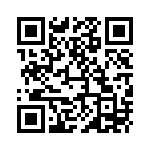