Like this reviewer, many librarians have reason to be grateful for one of Benjamin Franklin's medical innovations-bifocal glasses. Most famous for his groundbreaking experiments with electricity ... Read full review

Stanley Finger is Professor of Psychology at Washington University in St. Louis, where he teaches in the programs of neural sciences and philosophy-neuroscience-psychology. He has written widely on the history of medicine, and his many books include Origins of Neuroscience and Minds Behind the Brain. Finger is senior editor of the Journal of the History of the Neurosciences. 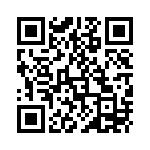