Rick Browne is the creator, host, and executive producer of public television's popular Barbecue America TV series, which has aired for seven seasons on more than 230 public TV stations nationwide. He is a renowned barbecue and grilling expert and the author of several cookbooks, including The Best Barbecue on Earth, The Barbecue America Cookbook, Barbecue America: A Pilgrimage in Search of America's Best Barbecue. He spent 25 years as a photojournalist covering breaking news, entertainment personalities, travel, and culinary subjects across the globe and his writing and photography have been published in a wide variety of domestic and foreign magazines, including Time, Newsweek, People, USA Today, Islands, Travel Holiday, Reader's Digest, Sunset, Burda, Bon Appétit, Saveur, Maxim, and Travel & Leisure.

He has made multiple TV appearances on “Fox & Friends,” the “TODAY” show, “Live with Regis & Kelly,” and CNN. A naturalized U.S. citizen born in Brantford, Ontario, Canada, he spent the past eight years researching barbecue across the North America and 125 countries around the world, by visiting and interviewing dozens of pitmasters and backyard barbecue enthusiasts for his books and television programs. He's a member of the International Association of Culinary Professionals, the Canadian Barbecue Smokers Association, The Society of American Travel Writers, the National Barbecue Association, the International Bar-B-Que Cookers Association, the Kansas City Barbecue Society, the World Barbecue Association, and is a founding member of the California Barbecue Association. He lives in Ridgefield, WA. 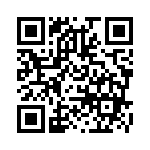