David M. Woodruff is Associate Professor of Political Science at the Massachusetts Institute of Technology. 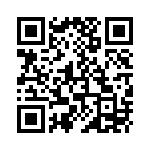