I love Charles Dickens, but this group effort was a total clusterf&ck! A novella written by committee, it was confusing and lacked any coherent direction, focus or mood. If it hadn't been so short, I ... Read full review

A House To Let is an odd little book that doesn't quite know what it is, being the brainchild of four different authors. It is actually one story throughout all these variations in style and focus ... Read full review

Charles Dickens, perhaps the best British novelist of the Victorian era, was born in Portsmouth, Hampshire, England on February 7, 1812. His happy early childhood was interrupted when his father was sent to debtors' prison, and young Dickens had to go to work in a factory at age twelve. Later, he took jobs as an office boy and journalist before publishing essays and stories in the 1830s. His first novel, The Pickwick Papers, made him a famous and popular author at the age of twenty-five. Subsequent works were published serially in periodicals and cemented his reputation as a master of colorful characterization, and as a harsh critic of social evils and corrupt institutions. His many books include Oliver Twist, David Copperfield, Bleak House, Great Expectations, Little Dorrit, A Christmas Carol, and A Tale of Two Cities. Dickens married Catherine Hogarth in 1836, and the couple had nine children before separating in 1858 when he began a long affair with Ellen Ternan, a young actress. Despite the scandal, Dickens remained a public figure, appearing often to read his fiction. He died in 1870, leaving his final novel, The Mystery of Edwin Drood, unfinished.

Wilkie Collins was born in London, England on January 8, 1824. He worked first in business and then law, but eventually turned to literature. During his lifetime, he wrote 30 novels, more than 60 short stories, at least 14 plays, and more than 100 non-fiction pieces. His works include Antonia, The Woman in White, The Moonstone, The Haunted Hotel, and Heart and Science. He was a close friend of Charles Dickens and collaborated with him. He died on September 23, 1889.

Elizabeth Gaskell was born on September 29, 1810 to a Unitarian clergyman, who was also a civil servant and journalist. Her mother died when she was young, and she was brought up by her aunt in Knutsford, a small village that was the prototype for Cranford, Hollingford and the setting for numerous other short stories. In 1832, she married William Gaskell, a Unitarian clergyman in Manchester. She participated in his ministry and collaborated with him to write the poem Sketches among the Poor in 1837. Our Society at Cranford was the first two chapters of Cranford and it appeared in Dickens' Household Words in 1851. Dickens liked it so much that he pressed Gaskell for more episodes, and she produced eight more of them between 1852 and 1853. She also wrote My Lady Ludlow and Lois the Witch, a novella that concerns the Salem witch trials. Wives and Daughters ran in Cornhill from August 1864 to January 1866. The final installment was never written but the ending was known and the novel exists now virtually complete. The story centers on a series of relationships between family groups in Hollingford. Most critics agree that her greatest achievement is the short novel Cousin Phillis. Gaskell was also followed by controversy. In 1853, she offended many readers with Ruth, which explored seduction and illegitimacy that led the "fallen woman" into ostracism and inevitable prostitution. The novel presents the social conduct in a small community when tolerance and morality clash. Critics praised the novel's moral lessons but Gaskell's own congregation burned the book and it was banned in many libraries. In 1857, The Life of Charlotte Brontë was published. The biography was initially praised but angry protests came from some of the people it dealt with. Gaskell was against any biographical notice of her being written during her lifetime. After her death on November 12, 1865, her family refused to make family letters or biographical data available. 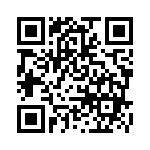