Blanche Chloe Grant was born in Leavenworth, Kansas in 1874 and died in Taos, New Mexico in 1948. A graduate of Vassar College, she also had studied art at the Art League in New York City and attended other art schools. She continued her successful art career in painting throughout her life but began a second career as a writer after moving to Taos in 1920. She began to research the history of Taos and the Southwest and the people who were part of that history. Grant wanted to make that history readily accessible to her contemporaries, so she wrote her books all based on the facts she had uncovered in her research into the past. She is also the author of When Old Trails Were New and Dońa Lona, both from Sunstone Press. 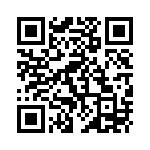