One of the best

This is a great CSS book written by one of the experts. This is not an introductory book but it will help you figure out those puzzling headscratching CSS mysteries you run into as you develop ... Read full review

This is one of the better introductory CSS books out there. As with most, the information is available on the Net if you want to spend the time hunting it down. Andy Budd goes beyond many such online ... Read full review

Cameron Moll has been designing meaningful web interfaces that harmonize utility and presentation since the late 1990s. His work or advice has been featured by HOW, Print, and Communication Arts magazines, Forrester Research, National Public Radio (NPR), and many others. He speaks on user interface design at conferences nationally and internationally, and he is also the author of Mobile Web Design.

Cameron is the founder and president of Authentic Jobs, Inc., a targeted destination for web and creative professionals and the companies seeking to hire them. He is also the proprietor of Cameron Moll, LLC, whose products include letterpress typography posters available for purchase at cameronmoll.bigcartel.com. And amid all this craziness, he still finds time to play ball with each of his four boys.

Andy Budd is one of the founding partners at User Experience Design Consultancy, Clearleft. As an interaction design and usability specialist, Andy is a regular speaker at international conferences like Web Directions, An Event Apart, and SXSW. Andy curates dConstruct, one of the U.K.'s most popular design conferences. He's also responsible for UX London, the U.K.'s first dedicated usability, information architecture, and user experience design event.

Andy was an early champion of web standards in the U.K. and has developed an intimate understanding of the CSS specifications and cross-browser support. As an active member of the community, Andy has helped judge several international design awards and currently sits on the advisory board for .NET magazine. Andy is also the driving force behind Silverbackapp, a low-cost usability testing tool for the Mac. Andy is an avid Twitter user and occasionally blogs at andybudd.com.

Never happier than when he's diving in some remote tropical atoll, Andy is a qualified PADI dive instructor and retired shark wrangler.

In October 2006, Simon Collision started Erskine Design—based in Nottingham, U.K.—which grew to become an eight-strong team of creative web designers and developers who are afraid of nothing. Some people say they're one of the best agencies out there, and their clients include major magazines, government stuff, software companies—and polar explorers.

Moons ago, he was a successful visual artist, and founded an independent arts org and annual arts festival, putting his degree to some use at least. Then he caught the interwebs bug.

He does a bit of public speaking here and there, and will generally do anything for a biscuit and cup of tea, but prefers hard cash.

He has lived in many cities, including London and Reykjavik, but has now settled back in his beloved Nottingham, where the grass is green and the girls are pretty. He also drives a 31-year-old car, and has a stupid cat called Bearface. 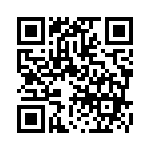