William Lane Craig is a personal favourite of mine - I very quickly turn to his notes/research/debates if I want a great example of offensive and defensive apologetics. His knowledge of the bible as ... Read full review

Must have apologetical work

This work covers most of Craig's apologetical arguments. Craig is a top notch debator, apologist, and christian philosopher. This book together with his recent work, "On Guard" will equip one to "give ... Read full review

William Lane Craig (PhD, University of Birmingham, England; DTheol, University of Munich, Germany) is research professor of philosophy at Talbot School of Theology in La Mirada, California. He is also the founder of Reasonable Faith (www.reasonablefaith.org), a web-based apologetics ministry that provides a variety of supplementary material to Reasonable Faith. 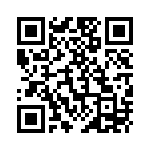