The Schlegel brothers pioneered the study of comparative literature in Germany and laid the theoretical foundations for the romantic movement. August, the elder brother, popularized Shakespeare (see Vol. 1) in Germany by producing a new translation of 17 plays (1797--1801) in collaboration with his wife, Caroline Schlegel, herself an important literary figure. This was to be, for much of the nineteenth century, regarded as the definitive translation, and many critics still consider it, despite some errors, the best version in German. In his A Course of Lectures on Dramatic Art, delivered in Berlin and Vienna and published in 1809, August Schlegel explored the distinctions between the "classical" art of ancient Greece and the "romantic" art of the European Middle Ages. Friedrich was a bit less scholarly but more imaginative than his brother. Prone to bursts of enthusiasm, he articulated many of his most important ideas in short, epigrammatic essays, many of which were published in the Journal Anthenaem (1798--1800), which he edited with brother August and Ludwig Tieck. In one of these, he defined romanticism as a "progressive, universal poetry" that would synthesize all previous literary forms, including not only lyric and narrative prose but also criticism and humor. Friedrich Schlegel attempted to produce such a work with his novel Lucinde (1799), written largely for his wife Dorothea Veit Schlegel, the daughter of the philosopher Moses Mendelssohn. Though the novel did not meet with a favorable critical reception, the sort of art Friedrich prophesized was to be created about a century later by authors such as Thomas Mann. Toward the end of his life, Friedrich turned to the study of Indian culture, and his Uber die Sprache und Weisheit der Indier (On the Language and Wisdom of the Indians, 1808), is sometimes cited as the beginning of comparative philology. 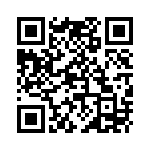