The concept behind this officially-sanctioned book is mouth-watering. Hergť Foundation/Moulinsart gave Michael Farr free reign of Hergť's archives, allowing him to show the reference images and ... Read full review

More comparison between the original black and white periodicals and their reworking into color books than the series warrants; not enough discussion of how to translate French or Bruxellois puns and ... Read full review

Michael Farr is a leading British Tintinologist, and an expert on the comic series Tintin and its creator, Herg . He has written several books on the subject as well as translating translating several others into English. Farr was a reporter and foreign correspondent for Reuters and then the Daily Telegraph. He was soon sent to many of the destinations familiar to Tintin, including Africa, the former Soviet Union, and Central and eastern Europe. When based in Brussels, he became acquainted with the creator of Tintin, Herg, and was later to have access to his extensive archives. 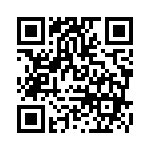