A native of Pittsburgh, Pennsylvania, who was educated at the University of Chicago, Henry Steele Commager taught history first at New York University and then at Columbia University. Upon his retirement from Columbia in 1956, he moved on to Amherst College. In addition to lecturing at many universities throughout the world, he has been Harmsworth Professor at Oxford University and Pitt Professor at Cambridge University, where he is also an honorary fellow at Peterhouse College. Commager's writings range widely over such topics as education, the Civil War, civil liberties, the Enlightenment, and immigration. Many of his books reflect his keen interest in constitutional history and civil liberties. Commager is also a documentarian, who is said to consider Documents of American History (1934), the 1988 edition of which he coedited with Milton Cantor, to be his most significant contribution. 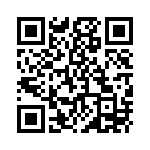