Hello, my name is cheryl and I did not find this book very pleasing. It made my vagina dry up. TITTIES!

Peter Neville teaches history at the University of East Anglia. 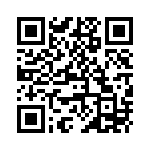