THE GRAPES OF WRATH

This is the sort of book that stirs one so deeply that it is almost impossible to attempt to convey the impression it leaves. It is the story of today's Exodus, of America's great trek, as the hordes ... Read full review

my daughter needed some books for school. So I orfered her the ones she needed and some I had to read in high school. It has been 30 years and the books they read are the same ones we read. I was very surprised. The books were in good shape and the price was good. Read full review

John Steinbeck was born in Salinas, California, in 17 February 1902. After studying English at Stanford University, he held several jobs including working as a hod-carrier, apprentice painter, laboratory assistant, ranch hand, fruit-picker, construction worker at Madison Square Gardens, New York, and reporter for the New York American. In 1935 he became a full-time writer and was a special writer for the United States Army Air Force during World War II.

Among his most renowned works are Of Mice and Men, Cannery Row, East of Edenand The Grapes of Wrath, which won the Pulitzer Prize in 1940.

In 1926 Steinbeck was awarded the Nobel Prize for Literature as a mark of his outstanding contribution to literature, his unquestionable popularity and his versatility. In his speech accepting the Nobel Prize, Steinbeck gave his view of authorship- 'The ancient omission of the writer has not changed. He is charged with exposing our may grevious faults and failures, with dredging up to the light our dark and dangerous dreams for the purpose of improvement. Furthermore, the writer is delegated to declare and to celebrate man's proven capacity for greatness of heart and spirit for gallantry in defeat - for courage, compassion and love.' 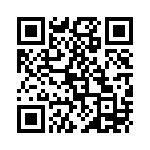