Although slightly dated, I found this this to be a worthwhile examination of the tortured relationship of the Soviet regime with the motorcar, as while the auto was too useful to overlook the ... Read full review

Lewis H. Siegelbaum is Professor of History at Michigan State University. He is the author of several books, including Soviet State and Society between Revolutions, 1918–1929, and the editor most recently of Borders of Socialism: Private Spheres of Soviet Russia. 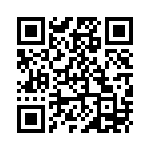