I used the book to research the events surrounding the Tacoma Narrows Bridge collapse and the book provide a very thorough explanation for the events and excellent information on the structures used before, during, and after the collapse.

Richard Scott is a waterway heritage planner for Parks Canada, where he is currently responsible for palnning along the Trent-Severn waterway. He is also the editor of History of the Modern Suspension Bridge: Solving the Dilemma between Economy and Stiffness (ASCE Press, 2010). 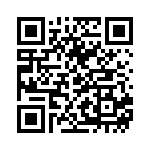