There have been many books written about Himmler’s SS, the organization that began as Hitler’s Schutzstaffel (“protection squad”) and ended up the multi-layered behemoth most responsible for war ... Read full review

Bill Yenne is the author of more than three dozen nonfiction books on historical topics. His books on aviation and military history have included Area 51 Black Jets—which T. D. Barmes, formerly with NASA High Range and Area 51 Special Projects, described as "not a book that the reader will lay down and not finish. It holds one's interest from front to back." Yenne has also contributed to encyclopedias of World War I and World War II and has been featured in several documentaries that have aired on the History Channel, the National Geographic Channel, the Smithsonian Channel, and ARD German Television. The Wall Street Journal notes that Yenne writes "with a cinematic vividness." Yenne has also authored ten novels and has penned several books on beer and brewing history. 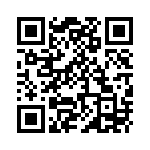