Myrto Garani is Lecturer in Latin Literature at the National and Kapodistrian University of Athens, Greece. She is the author of Empedocles Redivivus: Poetry and Analogy in Lucretius (London and New York, 2007). She has also published a series of articles on Empedocles’ reception in Latin literature, as well as articles on Propertius and the Pseudo-Vergilian Aetna. She is currently working on a commentary on Seneca’s Naturales Quaestiones Book 3, a Modern Greek translation of Aristotle’s Meteorology, and the reception of Pre-Socratic philosophers in Rome.

David Konstan is Professor of Classics at New York University. His publications include Roman Comedy (1983); Sexual Symmetry: Love in the Ancient Novel and Related Genres (1994); Friendship in the Classical World (1997); and Before Forgiveness: The Origins of a Moral Idea (2010). He recently co-edited (with Charles Griswold) Ancient Forgiveness (2012); (with Peter Meineck) Combat Trauma and the Ancient Greeks (2014); and (with Dorota Dutsch and Sharon James) Women in Roman Republican Drama (2015). He is a former President of the American Philological Association, and a Fellow of the American Academy of Arts and Sciences and of the Australian Academy of the Humanities. 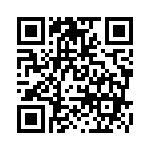