Roger H. Stuewer is a Professor Emeritus in the School of Physics and Astronomy at the University of Minnesota Twin Cities. 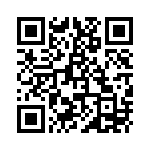