The most important and complete anthology of Jewish American literature to date, this volume confirms the importance of this literature in the fabric of American culture. Chametzky (Univ. of ... Read full review

Page 8 - It is now no more that toleration is spoken of, as if it was by the indulgence of one class of people, that another enjoyed the exercise of their inherent natural rights. For happily the Government of the United States, which gives to bigotry no sanction, to persecution no assistance, requires only that they who live under its protection should demean themselves as good citizens, in giving it on all occasions their effectual support.
Appears in 407 books from 1824-2008

Jules Chametzky teaches at the University of Massachusetts-Amherst.

Kathryn Hellerstein teaches at the University of Pennsylvania. 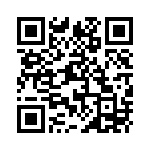